Video: Prop 15 Could Be The Issue to Drive People Out of the State 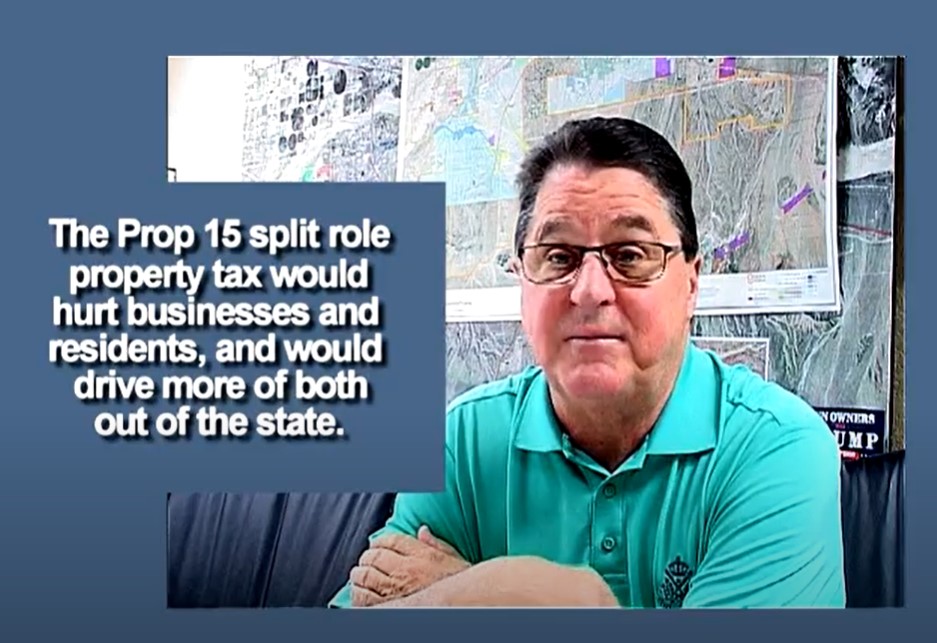 Vote No on Prop 15. Joseph W. Brady, CCIM, SIOR, President The Bradco Companies states that passage of proposition 15 could be the one issue that could really drive people out of the state of California. In this video he details which three groups are behind and funding the push for Prop 15, including one foundation that will really surprise viewers. Mr. Brady also explains what split roll is and reiterates how many  jobs are estimated to be lost according to two different studies – it is tens of thousands. He states that the average family of four will pay an extra $1,000 out of pocket each year if this proposition is passed.

“This is, by far, the worst proposed tax I’ve ever seen…I hope this gets squashed,” says Mr. Brady.