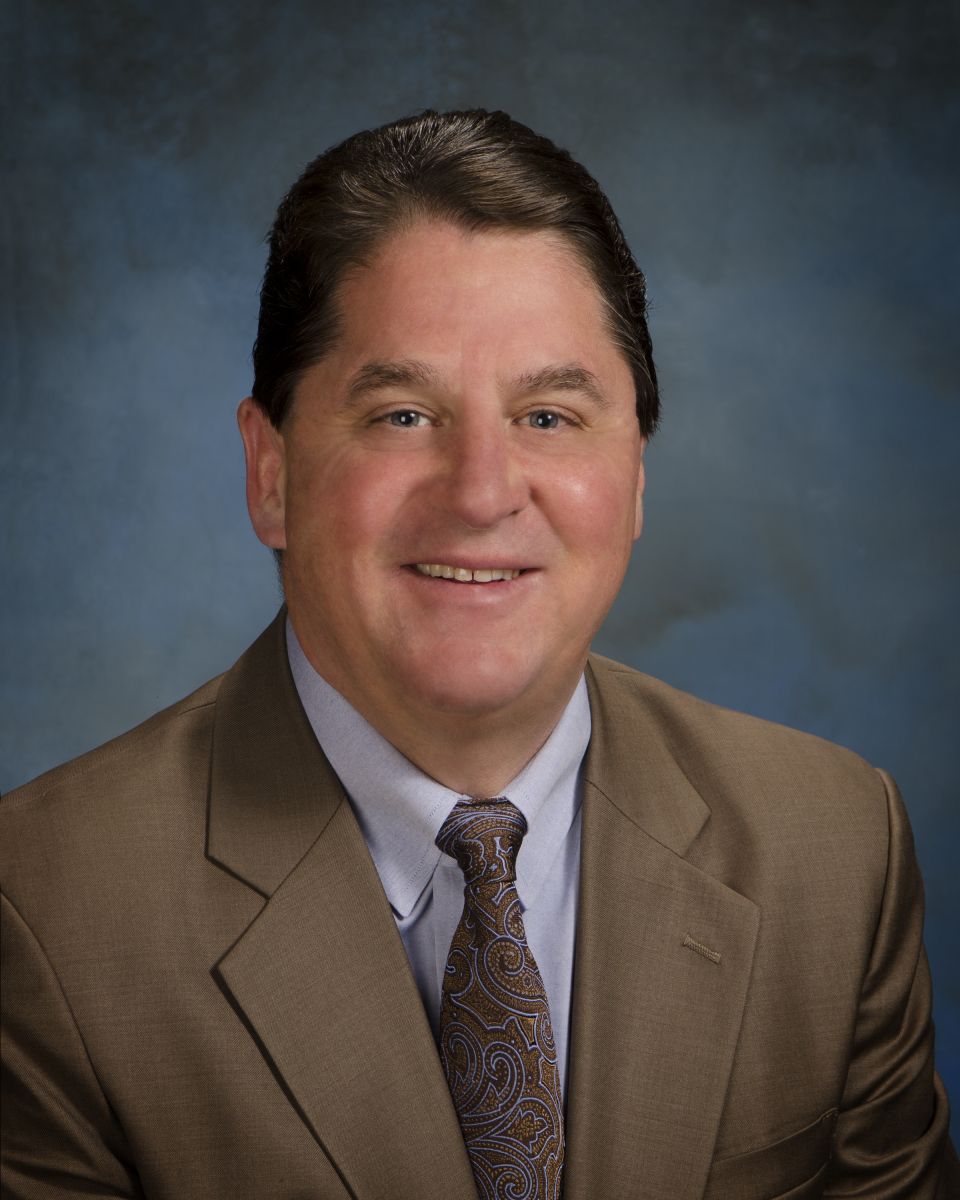 As of May 2022, Joseph W. Brady, Inc., The Bradco Companies has closed 1,958± transactions, more commercial transactions than any other single commercial brokerage firm in the Mojave River Valley region and exceeding the top two current competitors in the region.

A 1979 graduate of Cal Poly San Luis Obispo, he earned a B.S. Degree in Business Administration with a dual concentration in Human Resource Management and Real Estate. Mr. Joseph W. Brady is the President of Joseph W. Brady, Inc., dba The Bradco Companies located in Victorville, California, and has been providing companies from all over the world opportunities for growth in the Mojave River Valley since December 4, 1989.

The Bradco Companies specialize in the acquisition and disposition of raw land and approved residential, commercial, and industrial land projects for developers and investors throughout the county. In 2011, Mr. Joseph W. Brady orchestrated the largest square-footage lease ever negotiated in the Mojave River Valley with furniture manufacturing giant United Furniture Industries (505,192± square feet), a move that has created nearly 250± jobs.

In addition, the company specializes in the leasing and sales of commercial, industrial, and office properties, continually maintaining a large inventory of available land and space. In 2005, The Bradco Companies was named the 13th largest commercial brokerage company in the Inland Empire by “The Business Press,” and the largest firm of its size in the Mojave River Valley. In 2005 with nearly 4,000± High Desert Association of REALTORS® Multiple Listing Service members, Mr. Brady was ranked number one in the Region.

From June 1979 through April 1983, Mr. Brady was employed by two of the largest real estate syndication, development, and management firms in Santa Barbara, California.  The two firms collectively owned $300 million in income producing assets including over 3,000± apartment units, 7-self storage facilities, and a variety of commercial retail and office properties.

Before forming Joseph W. Brady, Inc., dba The Bradco Companies and moving to Victorville on May 13, 1988, Mr.  Brady was Vice President of Pegasus Development in Santa Barbara, California, a central coast subdivision developer.  From 1985 – 1987 Mr. Brady served as Vice President of the Santa Barbara County Chapter of the Building Industry Association of Southern California, Inc.

He is the former Secretary/Treasurer and a two-time Vice-President of membership for the Baldy View Chapter of the Building Industry Association of Southern California, Inc., where he sponsored nearly 90 members. A member of the High Desert Association of REALTORS® (formally known as Victor Valley Association of Realtors) since 1989. Brady is also the former President of the Mojave Regional Economic Development Council, a non-profit, tax exempt organization, whose purpose was to bring jobs and industrial growth to the Victor Valley and was part of the group that became the “High Desert Regional Economic Development Authority” (HDREDA)

Mr. Joseph W. Brady is the Publisher and Co-editor of The Bradco High Desert Report, an economic overview of the Mojave River Valley market that has continued to grow as a trusted cornerstone of knowledge in the industry. Mr. Brady has completed 59 editions and has printed more than 325,000± copies and distributed them worldwide. Mr. Brady also contributed to the circulation of “Land Investment News” from 1996 to 2007, as well as several other widely respected real estate publications.

Mr. Brady is committed to his community and goes above and beyond creating economic growth. From 1997 until 2003 he served on the Planning Committee for St. Mary’s Regional Medical Center. In November of 2013, Mr. Brady was appointed to the Victor Valley Global Medical Center Advisory Board.

He ran against five other opponents and on November 8, 2016, the voters within the nearly 2,000± Square mile region of Victor Valley Community College re-elected Mr. Brady with 37,274 votes, for another four-year term. This will be his last term as an elected official while residing in the High Desert (Mojave River Valley) portion of San Bernardino County.

Victor Valley Community College was forced to “re-district” itself in mid-2018. This created an opportunity for Mr. Brady to re-run in his new district (District No: 2) which he successfully ran on November 6, 2018 and he garnered 8,280± votes in this new district, District No: 2.

The Mojave River Valley Chapter of the American Red Cross has recognized Mr. Brady as the “Volunteer of the Year.”  He has been the Chairman and Co-Chairman for the agency’s Economic Summit since its inception in 1998, an event through which he and his team of volunteer committee members have raised more than $375,000± over a 12-year period. The Victor Valley Community College Foundation and High Desert Opportunity had partnered to operate the economic event, it is now the High Desert Opportunity Summit.

In 2005, the Victorville Rotary Club awarded Mr. Brady with the coveted “Paul Harris Award” for Distinguished Community Service. In 2004, Dr. Herbert R. Fischer, former San Bernardino County Superintendent of Schools, appointed Mr. Brady to serve on the Executive Board of the “Partnership in Excellence” for the Alliance for Education. The foundation is built with the support of many small and large businesses throughout San Bernardino County through labor contributions, grants, and other foundations financial support. Mr. Brady served in his role until late 2011.

Mr. Brady was first appointed as an Assessment Appeals Board Member for the Tax Appeals Board for San Bernardino County on May 5, 2009 and served through his resignation in September 2016.

In September of 2012 and 2013 he was one of 60 finalists to be interviewed for the “Spirit of the Entrepreneur” award given through Inland Empire Center for Entrepreneurship (IECE), California State University, San Bernardino.

Mr. Brady and Mr. Malcolm Riley of Riley Property Inc., received approval in December 2013 for a Specific Plan titled “The Shops at Spanish Trail,” an 801,000± square foot mixed-use project in Barstow. Mr. Brady and Mr. Riley were co-managing partners of Barstow Spanish Trail, LLC until some family and health issues impacted Mr. Riley in mid-2019. Mr. Brady will continue to move forward as the managing member of Barstow Spanish Trail, LLC while he seeks a new mixed-use development partner. He expects to close escrow in mid-2020 with the states lands commissions and start construction in the first quarter of 2021. The property is bounded by Interstate 15 and Avenue L, adjacent to the existing Home Depot.

In 2015, Mr. Brady was nominated to become the Chairman of Victor Valley Global Medical Center Physicians and Community Advisory Board, whom he serves along with Vice Chairman Dr. Manmohan Nayyar, Chairman of Choice Medical Group and one of the original owners of Victor Valley Hospital. He served as Chairman until this particular Board was dissolved in the latter part of 2018.

In January 2016, as President and Broker for Barstow Real Estate group, and with the assistance of Ms. Annette Short, a Residential Sales Associate, we were able to sell a well-known home, owned by Mr. Huell Houser, a renowned television commentator, who owned a second hole in the Newberry Springs area, which was ultimately by Chapman University and we co-listed the property with HOM Southeby’s Realty International (Palm Springs). It was called the Volcano House, originally built in 1968 with a 360-degree view of the Newberry Springs and San Bernardino County region.

On July 8, 2019, Mr. Brady helped facilitate the largest Press Conference since the closure of George Airforce Base (now known as Southern California Logistics Airport) with over thirty (30) members of the Inland Empire Media to discuss the August 1, 2019, “kickoff” of the High Desert Survey which would impact the High Desert (Mojave River Valley) residents, businesses and government officials. At the conclusion of the survey (September 15, 2019), nearly 13,000± residential surveys have been collected through Dr. Barbara Sirotnik, Professor, Information and Decisions Sciences-Director, Institute of Applied Research of Cal State San Bernardino.

On October 1, 2019, the data from the survey will be transmitted to Dr. John Husing who will work on a solutions report that will be delivered to High Desert (Mojave River Valley) leadership and stakeholders on or before October 4th, 2020, to discuss the challenges that have impacted the High Desert (Mojave River Valley) economy. Nearly 24,000 Facebook users watched the three (3) hour program.

On a personal note, Mr. Brady has a deep love of golf, having been introduced to the game when he was 12 years old. He began as a caddy at the Wilshire Country Club (Los Angeles, Ca) and had the distinct opportunity of being a caddy for Mr. Don Padgett Sr. at the Glenn Campbell Los Angeles Open, held at Riviera Country Club during the first week of January 1971. He also caddied for other notables such as Mr. Bob Rosburg, the 1959 PGA Championship winner, 1958 Vardun trophy winner and 1969 PGA Club Professional Championship as well as Mr. Del Webb (the namesake for Del Webb Communities) as well as many others during his career as a caddy at the Wilshire Country Club. In 2019, YardBarker rated the Top Golf Holes for Professional Tournament Golf (PGA) through the world. Mr. Brady has been fortunate to have played 10 of the 25 holes noted by this publication.

He represented Spring Valley Lake Country Club in the national scramble team, in the 1989 and 1990 Club Corp. National Scramble Championship held at Pinehurst, North Carolina, Course No. 2, which is the site of multiple U.S. Open venues. He has played 46 of the top 100 golf courses in the world and hopes to complete his list of the top 100 before 2035.

He is married to Mrs. Deborah K. Brady; whom he has been with since October 31, 1988. Deborah serves as Executive Vice President of Joseph W. Brady, Inc., dba Barstow Real Estate Group and Alliance Management Group in Barstow, Ca. They have resided in Spring Valley Lake for thirty-one (31) years.

He enjoys traveling, wine tasting, a challenging top 100 golf course, and cutting his next deal!