[vc_section][vc_row][vc_column width=”1/4″][vc_single_image image=”6096″ img_size=”full”][vc_single_image image=”6095″ img_size=”full”][/vc_column][vc_column width=”3/4″][vc_column_text]Back on December 4, 1989 our company was incorporated. The official name of our small business was Joseph W. Brady, Inc., dba Bradco Development. About 7 to 8 years later The Bradco Companies was born. I moved to the area on May 13, 1988, I had not even lived in the region for a year when I knew I wanted to make this place my home and I wanted to build businesses in this region. I owe a massive debt of gratitude to my mentor and friend James (Jim) B. Tatum (deceased) of Narcissa Homes. Jim and his family gave me my start and I am extremely indebted to them. He had the confidence, shared my vision and investment that afforded me to start this corporation and I do believe I never let him down.   In May of 1993, I started the Bradco High Desert Report and sent out our first edition; we are now on our 58th edition and we have subscribers from all over the world. From 2000 to 2010 my wife Deborah and I owned Coldwell Banker Golden West Real Estate, and Coldwell Banker Golden West Property Management. We ended our relationship with Coldwell Banker due to the recession and that’s when Barstow Real Estate Group (BREG) and Alliance Management Group (AMG) began. BREG still has the same phone number that was used 50 years ago when Jean Miller originally opened Golden West Real Estate.

Since incorporating in 1989, we have been responsible for over 3,905± transactional sides in real estate, totaling $848,035,952. In 2005, we set a record at The Bradco Companies in the High Desert (Mojave River Valley) for highest amount of sales in commercial real estate at $118,322,442. From 2000-2007 were the largest commercial real estate company in our region. At one time it was very important to me to be the biggest company, but in the last 30 years of owning these companies, I’ve realized that bigger is not always better. It comes down to serving our clients with the highest level of customer service. I am still actively involved in Victor Valley Community College (VVC), where I am the incoming President of the Board of Trustees. We have a great institution with excellent employee partners and nearly 17,000± students, continuing to see great improvements at this educational venue every year.

I have been very proud to work in my early years within the High Desert region (Mojave River Valley) with great organizations such as the Victor Valley Community Council (VVIC) which was formed in 1986 with the purpose of marketing the region to outside investors and businesses. In mid-1991 with the help of many well-known businesspeople and community leaders I formed a group known as the Mojave Regional Board of Trade (MOBOT) whose ideas, philosophy, and mythology in essence were the same as the Victor Valley Community Improvement Council.

It seems like just yesterday that I gave one of my most compelling speeches (I have given about 900 in total) on February 23, 1993, to 300 leaders within the High Desert region and with great help preparing that speech by Mr. Dennis Galbraith who was the owner of a local marketing company.

With the help of our longtime friend Mr. Ken S. Hobbs, the former Assistant City Manager for the City of Victorville, at a meeting at First American Title on February 23rd, 1993 we decided to forever change the economic development course of the High Desert region, A group came together, ultimately named the High Desert Regional Economic Development Authority, whose job was to promote economic development for the region’s 239,667± residents at that time.

This great organization lasted until 2001 when issues between two of our local cities caused a serious disagreement and a dissolution committee was formed which included the General Manager of the Mall of Victor Valley, Ms. Janice Olson (deceased), Former First District Supervisor Mr. Bill Postmus, Michael Page, local executive with Verizon, Mr. Lawrence Dale the former Mayor of Barstow and yours truly.

Additional awards were the Paul Harris Award that I received in 2005 from the Victorville Rotary. I was also acknowledged in the San Bernardino County Sun Newspaper on April 26, 2000, as one of the top ten businesspeople of the year.

One of my greatest acknowledgements was having Mr. Steve Williams, the Victor Valley Daily Press most noted editor, nominate and award me with the first ever Daily Press Libertarian Achievement Award by the Daily Press and Freedom Communications to honor someone committed to Libertarian Ideals, which Freedom Communications supports. I was honored when Mr. Williams stated the following: “Brady has a marked influence in the business community, particularly forging a coordinated effort to attract jobs and business to the area.” Mr. Williams also stated in his nomination “Brady’s outlook, always positive that the valley is well positioned to take advantage of the up current when it comes. But thinks not enough “banging on doors” is being done by local businesspeople to get the rest of Southern California interested in opportunities here,” the nomination stated.

I was also honored and humbled to be selected out of 24 candidates to fill a vacated position on the Victor Valley Community College Board of Trustees on February 1, 2011. In seeking re-election in my first political election in which I was a candidate, on November 6, 2012, I set a record with 45,978± votes or 37.75% out of 122,581± votes that were cast.

Additionally, during the early years of the company, I was blessed to still have a great golf game and play with three other great golfers at Spring Valley Lake Country Club where we competed for the National Scramble Championship at Pine Hurst North Carolina Course No. 2. The Course has been played as part of the US Open on many occasions.

I want to thank all of our past and present associates, clients, vendors, subscribers, community leaders and all of the people that have supported us along the way. And most importantly, I want to thank my wife Debbie for her guiding light! Here’s to many more years to come!

END_OF_DOCUMENT_TOKEN_TO_BE_REPLACED 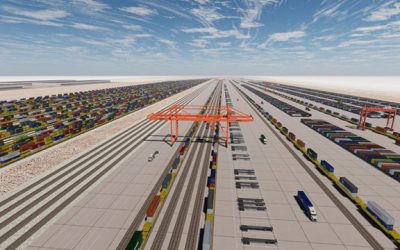